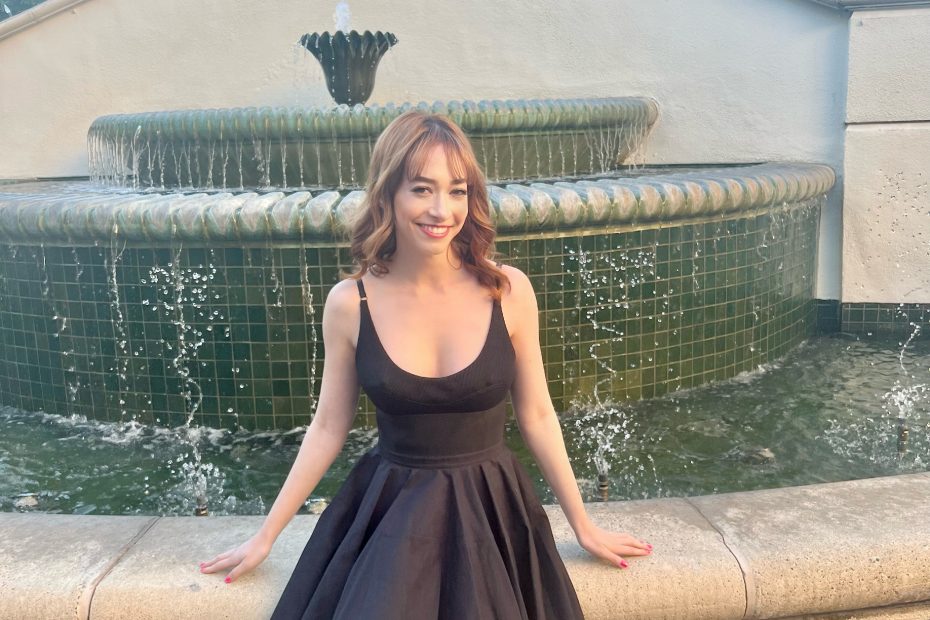 Sasha Anne is a certified makeup artist, YouTuber, actress, and pop star. Sasha recently released two cover singles “Catch Me I’m Falling” and “This Is Your Night” and is working on releasing her first original song “Scars” in the near future. As an actress, Sasha can be seen in “Reed’s Point”, an indie horror thriller that’s won several awards on the film festival circuit and has earned Sasha a Best Actress nomination at the New Jersey Horror Convention.

When I first watched Hannah Montana on Disney Channel when I was 8, I said I wanted to be like her. Sing, act, and wear awesome outfits on TV. In middle school, I was always in the school plays/musicals. I’m dyslexic so I was slow at memorizing lines and had trouble so they gave me all the lead roles in singing. I definitely wanted to act though. At the end of 2020, my mom asked me what I wanted to do with my career. I said I want to act again. So she told my manager, Sandy Lo, and she knew my movie producer, Suzanne DeLaurentiis. So she told her I wanted to act and that I sing too. Suzanne then had the perfect role for me in “Reed’s Point”, my debut film! I can’t thank her enough for helping me make this dream come true. After “Reed’s Point”, I did have training at Stella Adler Studio of Acting in New York. Then I moved to LA right after to pursue my career. I am now signed with a commercial and theatrical agent.

Definitely my first role of Sarah Franklin in “Reed’s Point.” I was the lead and it was an amazing eye-opening experience. I want to do it all over again. My first horror movie and I loved it.

I just finished recording my first original single called “Scars.“ My mentor/voice coach/life coach, Jade Starling, singer/songwriter of Pretty Poison, co-produced me on this song and is continuing to co-produce me on the rest of my album. Jade is also prepping me for my Disney princess audition to be a princess at kid’s parties so I am rehearsing 3 Disney songs. I am also constantly getting commercial and theatrical auditions so I am working on those as well.

My favorite actor from the start was Miley Cyrus from Hannah Montana. That was when I realized I wanted to start acting when I was 8 years old. But since the show ended years ago, I now love Anne Hathaway, Lily Collins, Meryl Streep, and more. People like them inspired me to keep acting. They’re all phenomenal. I also started to love Jenna Ortega in the new Wednesday Netflix series.

Not knowing what set days I will be needed. It’s the anticipation as well. After an audition, I can’t think about it or dwell on it. I need to move on and think about something else. If I get the part, great. If I don’t, wait until the next one comes. Also, I’m a singer and influencer. So it’s very difficult if I have a commitment, and an audition comes up at the same time. Still learning how to balance it all.

Paris Hilton. She was so sweet and I was so happy about that because I watched her on the Simple Life and so it was great to know that she is an amazing human being.

If you could play any character from books, TV, video games, or film, who would you play?

I’ve always wanted to play Hannah Montana of course. If at any point, Disney decides to make a new show sort of like it, because of course, nothing can top the original show, I would do anything to audition for it. Only in my wildest dreams would I get the part! In high school, I actually felt I was like Hannah Montana/Miley Cyrus a little bit because at night, I would be invited to movie premieres since I started to become an influencer. During the day I would be in my classes and do homework when I got home first before I put on all the makeup and sparkles to go to the event. Only difference was, everyone knew that I was a social media influencer and I wasn’t wearing a wig.

Spotify, Apple Music, iTunes, etc: Sasha Anne “Catch Me I’m Falling” and “This is Your Night”