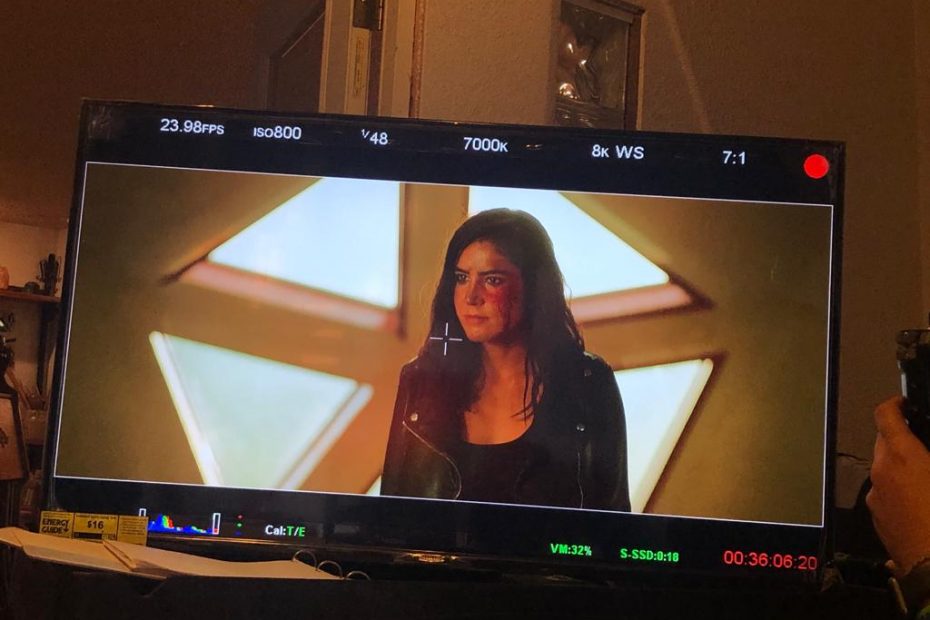 Natalia Bilbao is a bilingual (English and Spanish) actress, emcee, Emmy Award-winning TV host (2021 Los Angeles Governors Emmy Award), writer, entrepreneur, and communication specialist with over 8 years of experience working in the USA, UK, France, and Spain in film, TV, new media, theater, live events, and conferences. Born and raised in Bilbao, Spain, she played tennis semi-professionally around Europe before graduating in Business Management at Deusto Business University. She studied theater in London as well as Madrid, where she lived for 5 years before moving to Los Angeles, California, where she currently resides. She is a storyteller at heart with a passion for playing empowering female characters.

As a young girl, I loved storytelling and dressing up and pretending to be all these different characters. There was something about inhabiting different worlds and playing with accents, body postures, and emotions that I found fascinating. I was very athletic and pursued a career in professional tennis, but there was always a performer inside me wanting to come out, so finally, when I was burned out with tennis, acting started to look like something fun and challenging to pour my energy into. After talking to my high school teacher Ian Lennen, who I absolutely loved and adore to this day, I applied for a coveted acting course at the Royal Academy of Dramatic Art. I got in (I was 18 at the time) and since then I haven’t looked back.

I really enjoyed playing Morgan, one of the leads in Mind Heist, a psychological thriller directed by the magnificent Andrew Kiaroscuro. This was my first time playing a villain in all its complexity for a longer period. It was also one of my favorites because it allowed me to connect with my darker elements and enjoy some really cool fight and action sequences. It was a really challenging yet fun character to play.

I’m currently filming “Scars”, directed by Shaun Kosta and produced by Suzanne DeLaurentiis, a really great project centered around veterans and PTSD. I’ll be filming “Love & Karma”, a beautiful project from Giovannie Espiritu earlier next year, and I’m attached to a new feature film tackling the legend of La Llorona from John Gonzalez and will play a biker badass in “The Insurance Man”, a feature film directed by Alex Lage.

This is a really tough question. I’m inspired by many. My favorite actress is probably Cate Blanchett. Her performance in “Tar” is so exquisitely captivating and charged. She’s such a bold and well-rounded artist that keeps surprising and breaking molds in every project that she takes part in. Her commitment to the craft and her bold and impactful character choices are very inspiring to me as an actress.

Learning how to be emotionally open, available, and soft when performing and then developing a very thick skin to deal with all the ups and downs, professional droughts, criticism, and rejection. Learning how to not take things personally and finding the balance between giving your all for every project and audition and then letting go and not caring about the outcome is probably the hardest part.

There are a lot of cool people I’ve had the pleasure of working with. Aside from top stars that I’ve had the pleasure to work with, I find that the coolest people tend to be the ones that no one hears about. But I do remember filming with Drew Barrymore in Spain and just noticing what a cool and fun energy she had despite having flown for 12 hours from LA to Madrid the same day. Her ability to stay focused while cracking jokes and talking with everyone on set was really cool.

If you could play any character from books, TV, video games, or film, who would you play?

I’ve always wanted to play Lara Croft and Wonder Woman. An action heroine is the type of role I would love to play. But I would also love to play any of the strong female roles from Tennessee Williams’ plays.